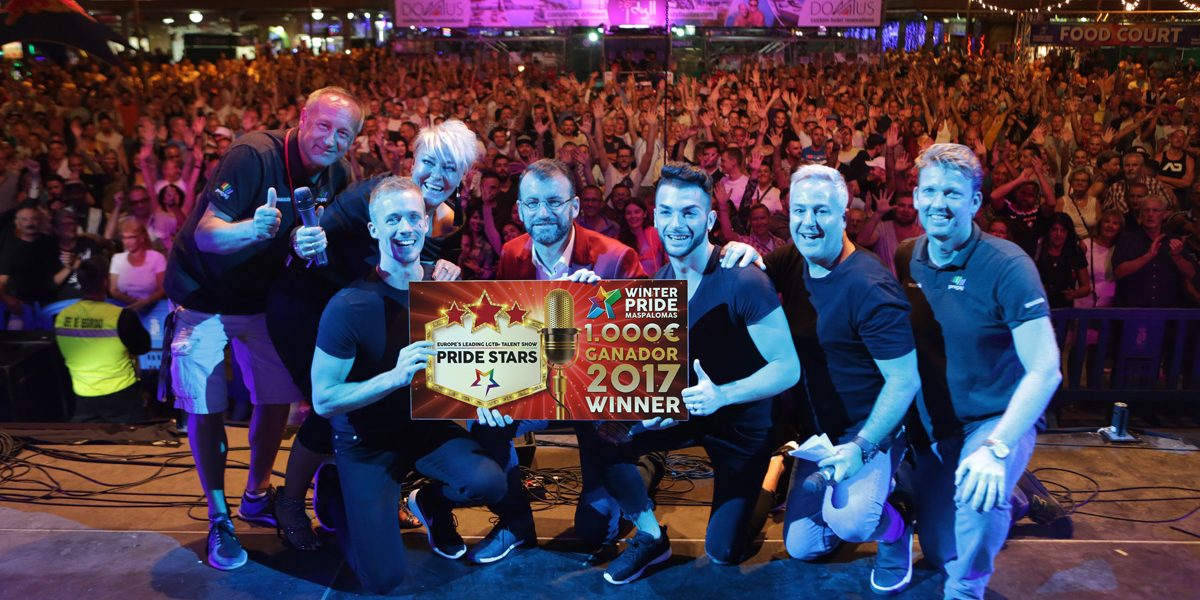 Johan and Eugene have won the Grand World Final of Pride Stars 2017. On Tuesday night, 7th of November 2017, thousands of Winter Pride Maspalomas gathered at the Yumbo Main Stage to enjoy a vibrant and highly entertaining final. Singer Johan and acrobat Eugene formed a magical couple and were voted by the professional jury as winners of the Grand World Final. The first prize was handed over by representatives of the Townhall of Maspalomas and sponsor Kiki Bar.