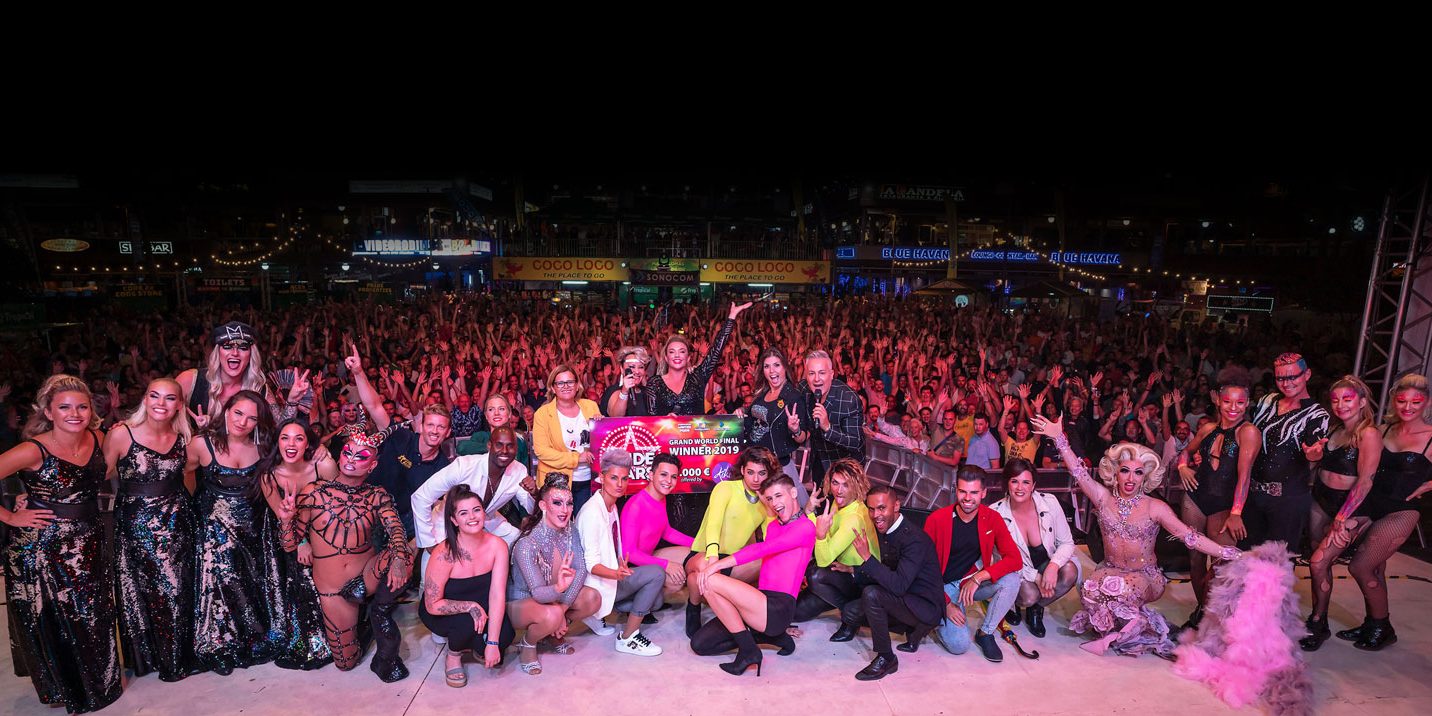 Jenny Ball, representing Blackpool Pride, has won the third season of the Pride Stars Grand World Final this Tuesday 5th of November 2019 during Winter Pride Maspalomas at the Yumbo Main Stage. With a total of 15 high quality contestants, including the winner of the Pride Stars heats held earlier this year at Pride Amsterdam, Manilva Pride, Vicenza Pride and more hosting cities, Jenny Ball was voted as a winner by the professional jury and the audience. With her performance of Dreamgirls song “Listen” she impressed that much that she won the competition with a minimal difference leaving Louise Hall and Marcella Rockefeller just behind her. For the first time the audience could vote real time for the contestants with the free voting app, available for both iPhone as Android. Maspalomas councillor Francisca Quintana, Kiki Bar owner Phil Brocklehurst, “Voice of Spain” winner Cristina Ramos and Iñigo Irigoyen formed part of the professional jury providing 50% of the voting results.